I want to blog for Lent. I hope it works out. I’m learning that my grandiose declarations don’t always pan out as I envision, so no promises. But I thought I’d show up and say that I’d LIKE to do some regular blogging about this season that has been so important in my spiritual life.

Twelve years ago, I spent my first Lent as a Christian asking God to bring me a husband. After what felt to me like the world’s longest delay, God came through. You’d think that would have made me a devotee forevermore, but it didn’t.

This morning I was thinking back to another Lent, the one the year after my fervent matrimonial prayers. I was dating Steve and still kind of in awe over how well things were going. I was curious how it would feel to share such an intense spiritual practice with him–would it be as weird as I suspected, or would it, like so many other things with him, just sort of work out better than I had the capacity to imagine?  As it turns out, neither.

The week before Lent, our church pastors announced the theme for the upcoming season. I don’t remember the specifics, only that the phrase “I dream of being a martyr” was stated more than once, with great enthusiasm.

I did not dream of being a martyr. God had just sent me my first real Christian boyfriend, there was the possibility that marriage was on the horizon, and there was just no way I was interested in going to heaven–even via the express lane–just as things were starting to get better here on earth.

So I skipped the whole thing. I didn’t read the book about the guy who’d been persecuted and jailed for his faith. I didn’t do the exercises about imagining Jesus’ sacrifice on the Cross in great detail. I didn’t read the Bible study. Now to be fair, I also didn’t ask God to do anything for me. I laid low across the board, still waiting to see how the prayers from year #1 would pan out.  Some years are just like that.

I’m grateful to have had these two experiences–diving in to participate on year, then backing away slowly, muttering, “I don’t think martyrdom’s for me…” the next–so early in my faith life. It taught me this important truth: God is the same, regardless of my enthusiasm level at any given time. His feelings aren’t hurt if I’m “in” some years more than others. He created life, He knows how things go down here. And He understands that what we need to grow can be different from one year to the next.  That first year, I needed to learn to dive in without wondering if I was crazy to believe in this audacious Jesus stuff. The second year, I needed to learn that sometimes all God asks of us is to stand back and watch Him work.

This year is a sort of combination of the two, I guess. I still don’t want to be a martyr, although recent world events make that question feel 100x more real to me than it did years ago. I’m more aware of how many people are suffering out there, and so I’m fasting and praying and asking God, “What can I do? What do you want me to do?”  I’m hoping for specific direction, not just vague ideas about random volunteerism. It’s my experience than God can be VERY specific when He wants to. Here’s hoping this is one of the years when He wants to. 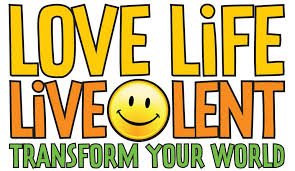