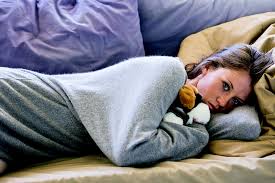 Three summers ago I was so depressed I could barely get out of bed. This wasn’t the wonky chemical kind of depression, but rather the kind that comes when too many things have gone wrong.  That it was a “reasonable” sort of depression – an appropriate reaction to circumstances, you might say – didn’t help. I’d have given a lot for the small hope of a  pharmaceutical corrective to dull the pain.

Toward the end of the summer – after days and days where I did nothing other than obsessively collect sparkly beads from the Michaels store and string them into an endless array of necklaces – Steve and I went to talk to our pastors. They were close friends and we’d kind of been hiding all this, hoping it would go away.  But it seemed like admitting this was happening was the next smart thing to do.

It was a disaster. The husband pastor told me of his own failures and disappointments, suggesting that I because I’d published two books, I had no reason to be upset over not having children. Then his wife went on at length about my Enneagram profile – she was sure I was one particular “number” because she’d studied my sin nature very closely.  She elaborated, in detail, all the character flaws she saw in me.  To which I just mumbled, “Um, I’ve taken the test. I’m not a 4. I’m a 7.” Then they told me I was wrong.

In hindsight, I can see that they were fending off their own crisis. It wasn’t their finest moment, or the defining one of that friendship. We’ve all moved on. But I’m sharing this because it made me realize the truth of something my Dad told me years ago when a boyfriend cheated on me: “People will let you down.”  We love to think that other people can fix us, especially if they’re professionals like pastors or therapists. But it doesn’t always work that way.

That sounds like a bummer, but it’s been so helpful for me to remember in dark seasons. Sometimes someone will say exactly the right thing to help me find light in the dark. But not often. And while it’s great to have friends and family to do life with, we’re not perfect. We say the wrong things and hurt each other. Or we don’t know what to say when someone else is falling apart because we’re barely holding it together ourselves. Sometimes we have the chance to do the right thing and we whiff.

But that’s not the whole story. Here’s the whole story: no matter how dark the season of circumstance-based depression, life comes around if we wait for it. If we stay on the couch and make necklaces for months, and don’t kill ourselves or anyone else, that’s a win, and eventually, the depression and the feeling of utter pointlessness passes. I don’t know how. But I’ve been through 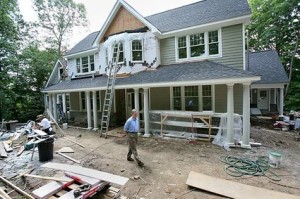 this a time or eight, and it keeps happening. God grows new things in soil I was sure was dead. The muddy, torn up ground of my life gets a new foundation, and then new walls and a roof and even some tiny starter shrubs in a garden. And it’s not that I don’t miss the old or wish some things had gone very, very differently. It’s that life is bigger than we think it is.

If you’re in a season like that right now, where you’re on the couch because so many things have gone wrong, and you know the problem isn’t chemical but rather that life just sucks so bad you’re not sure there’s any point in keeping on, just keep on. Get through the hour. Go to Michaels (here’s a link for a coupon) and buy some beads and wire. Make a necklace. Make 15.

As I told someone recently, these seasons of awful hopelessness are a little like giant storms rolling through. We don’t know how long they’ll last or how much damage there will be, but they can’t go on forever. Songwriters know this. Listen to this.  Or this.  Light will come. In the meantime, go with whatever random distractions work for you (West Wing marathon, anyone?) and hang on until the storm goes by.

10 thoughts on “Depression, letting each other down, and waiting out the storm”