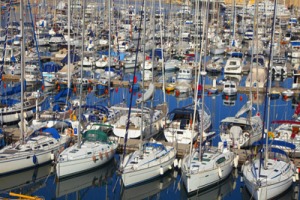 Something that stands out to me as I watch US Open tennis is an attitude difference between the veteran players and the up & comers. The veterans lavishly compliment their opponents after a win, and even more so after a loss. They give credit where credit is due (and sometimes even where it isn’t.)  I used to think this was just part of their media training. Then this year I noticed that some of the new players absolutely refuse to say anything about their opponents. Eugenie Bouchard & Sloane Stephens are the two I’ve noticed this with repeatedly. Not only won’t they compliment them, they often refuse to acknowledge them at all. It gets a bit absurd. “I’m just focused on my game” is what they say. Which is a solid match strategy. But it’s a terrible strategy for life.  And the interview after the match? That’s life. That’s when you’re supposed to open your eyes a little bit and acknowledge that there are other people here. It’s not just about you.

I’m not losing sleep about this.  It just comes to mind this morning because this was exactly the kind of thing I expected to find in the book world. I thought it would be competitive, defensive, everyone trying to shove each other out of the spotlight so they could grab 15 minutes for themselves.

The novelists and memoirists I’ve met are extraordinarily supportive of one another. I’ve seen Richard Russo read another author’s work at an event. Jennifer Weiner goes out of her way to champion new author’s first books.  Allison Winn Scotch blogged for years, sharing what she’d learned. Gretchen Rubin & A.J. Jacobs are the most generous blurb-ers around.  And I told you earlier about Claire Cook, who is now my role model for reinvention and creative persistence. I expected publishing to be like law school (cutthroat, miserable). Instead, it’s this strange world where we all celebrate readers–we’re readers ourselves–and so we know that readers read lots of books, not just one or two. In this industry, a rising tide raises all boats. And even though it’s been low tide for awhile with much of traditional publishing, there are still these rivers that pop up, carrying us along. Knowing this makes being a reader and a writer so very much more fun.

Whatever world you’re, try complimenting others. Especially people who might be considered your competition. There’s surprising power in pushing against the belief that the only way to hold the spotlight is to refuse to let it shine on others.

In that spirit, I give you two books that launch this week. I’ve read them both…I loved them both…blogged about them both. One is a memoir, the other a novel, and they each deal with the question: “How do you respond when life becomes impossible?”   It’s an important question, and books like these help us think it through.  Read these books, share them with others. They’re worth the investment.

Rare Bird: A Memoir of Loss and Love by Anna Whiston-Donaldson

I cannot describe how good this memoir is. I tried here. I still didn’t capture it. Anna is one of my favorite new writers and this book is such a gift. Even if you’re afraid to read a sad book (I was) don’t worry…somehow, it isn’t sad. It’s healing, and inspiring. It reminded me how things turn out okay, even when they’re impossible.

Accidents of Marriage: A Novel by Randy Susan Meyers

Wow, stories of domestic abuse are hard for me to read. And yet this one kept me turning pages. I had faith in Randy to work things out, even though nothing in this book went the way that I expected. She is a master of depth and surprise, and I still remember her characters vividly even though I read this weeks ago.

Here’s to cheering on the rising tide…may it lift your boat, whatever river you’re in :)

2 thoughts on “A Rising Tide Lifts All Boats”