This morning I tried to write the post I promised about what we’d do differently if we adopted again, but I couldn’t make it come together. I realized that I’m still WAY too angry that we weren’t given more accurate preparation to write that sort of advice quite yet. I’ll get there, but it’s a process (here’s more on how I decide what & when to write about difficult things.)

Then tonight after Steve and I had a long talk processing our new reality, I thought it might be helpful to share how we’re getting through this now, in the day-to-day. I  know we’re not the only ones working out the challenges of adoption, or whose lives don’t look the way we hoped or expected. I’m always grateful when someone shares candidly what they’re doing to deal with the realness of life, so I thought I’d contribute my part, as it’s looked this week.

Do you have seasons of life you look back on and wonder, What was THAT all about? Yeah, this is one of those times where I see, OH…THIS is what that was about…

Back in college, my boyfriend-then-fiance had the interesting characteristic that, on the rare occasion when he had more than a couple of drinks, he’d transform from a shy, laid back guy to Captain Extrovert. This led to memorable events, such as his sister’s wedding, where he had so much fun doing shots with his childhood buddies that he left with them, stranding me at the reception. This was super rare, though, and I didn’t give it much thought… until the night he had too many drinks and hooked up with a girl at a house party.  Engagement, cancelled.

A year later, during my first year of law school, I dated a guy who was the opposite:  naturally the life of the party, until he had a few drinks, at which point he’d become withdrawn and philosophical. Sometimes he’d wander off without telling me, and I’d find him somewhere staring at the night sky, or talking to a random stranger about Camus.

These experiences gave rise to my own personal definition of alcoholism: If drinking caused a substantial change in someone’s personality, I was out.

I came out of those two relationships with a weird new superpower: If I was dating someone, I could tell how many drinks he had had at any point at any gathering. Even if we weren’t near one another, I had a instinct-based count running in my head. I just knew.

I found this creepy and unfortunate, particularly the way I’d freak out if the number got too high. Even if nothing bad happened, I was WAITING for the big, terrible personality shift, to the point where I’d be the one with the changed personality because I was so afraid of what might happen.

This bothered me enough that I decided to get help. The first thing that popped into my mind was a program I’d heard of in high school, a companion to Alcoholics Anonymous, called Al-Anon.

Al-Anon was (and is) a program for the family and friends of alcoholics. It’s also based on the 12 steps, and it’s a place where you sort out how to be a functional person in the midst of alcoholic dysfunction. And where you laugh more than should be possible, given the circumstances, because the crazy things we do to try to control other people are HILARIOUS. I’m super glad therapy wasn’t as big back then, because there is no way meeting with one person once a week could have helped me more than laughing and crying with a whole group of people, as many times a week as I needed it. (And I saved a TON of money, because Al-Anon is free).

One of the core tenants of Al-Anon re-defines your relationship with the alcoholic’s drinking problem, teaching you (repeatedly) that:

Then you pray the Serenity Prayer at every meeting:

This wisdom has helped me countless times in the years since, in a wide variety of circumstances. It’s what Steve and I are reminding each other now, over and over again, as we process our heartbreak that while we are successfully raising our adopted kids, we have failed to create a family.

All we can do is pray, asking God to give us the serenity to accept the things we cannot change, the courage to step up in the areas where we can help The Cherubs, and the wisdom to know the difference.

I was worried that if I pulled back my maternal love (not removed love altogether, but stopped mothering) the Cherubs would feel abandoned and rejected. This does not seem to be the case.  If anything, they seem relieved.

(In our grim humor moments, Steve and I joke that it’s like He’s Just Not That Into You, but for adoption). 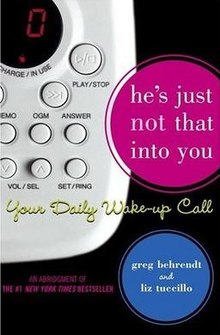 It hurts. But we’ll all survive. And I see now why I spent that fervent year sneaking off to as many Al-Anon meetings as I could find in the Villanova suburbs. I needed this wisdom then, and it’s helping us now.

I hope it helps you, too.

2 thoughts on “They’re Just Not That Into Us”